First created in the late 19th century, vegetable shortening is a type of fat that has been used as an alternative to animal fats. Vegetable shortening can be substituted for butter and other types of cooking oil which have traditionally been made from animals or plant oils. It’s also used by food manufacturers to help with baking recipes since it produces flakier crumbs when mixed with flour than traditional oils do. And finally, there are some people who choose not to eat meat at all because they believe consuming vegetables without adding any extra fats will contribute to better health outcomes overall 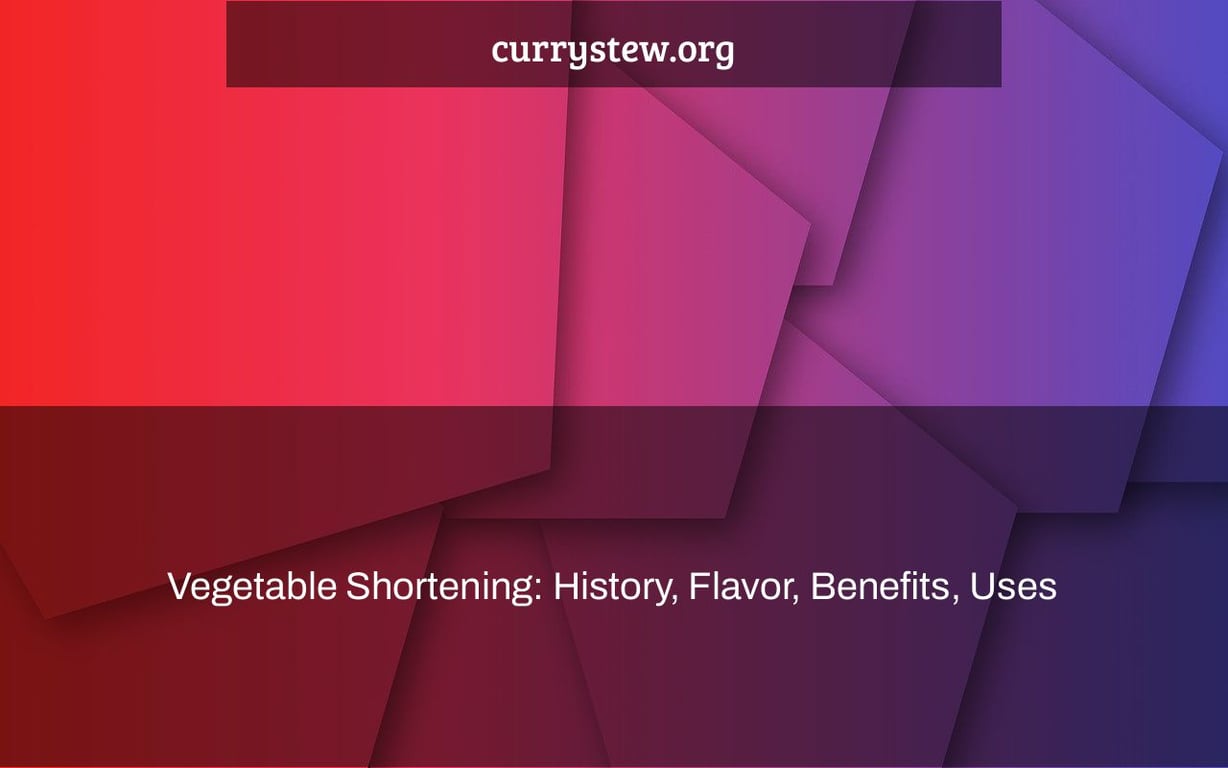 Vegetable shortening was invented by Procter & Gamble in the early 20th century to be a solid cooking fat that contained little or no water. Its predecessor was refined lard, inferior lard adulterated and softened with cottonseed oil.

Vegetable shortening was manufactured using a technique similar to that of margarine, which had been developed earlier in the century by German Wilhelm Normann. To make partly hydrogenated vegetable oil, hydrogen was injected into heated vegetable oil using nickel as a catalyst.

Vegetable shortening is very important to have on hand if you’re a baker. Crisco is the most prominent brand on the market for it, as well as a leading manufacturer of cooking oils.

If you make a purchase, we will get a commission at no extra cost to you.

The term comes from the capacity of the fat to shorten the protein strands that produce strong gluten. Long gluten strands are advantageous in the production of bread and pasta, but they are undesired in baked products such as cookies and pie crusts, where they may make the result tough. Tenderness is improved by shortening proteins. Any fat may have the same impact on proteins, although fats that are solid at room temperature, such as vegetable shortening, are more effective.

The US Food and Drug Administration found partly hydrogenated vegetable oil trans fats to be harmful and prohibited them in 2020. Vegetable shortening in the United States is currently created by entirely hydrogenating vegetable oil.

One of the most distinguishing characteristics of vegetable shortening is its lack of taste. Its lack of taste may be seen as both a positive and a disadvantage. It has no flavor to disguise or detract from other components, yet it also adds nothing to a meal.

Advantages to your health

Vegetable shortening, despite early promotional claims, is not very healthful, but it does have some nutritional value. It includes nutrients such as:

It’s conceivable that vegetable shortening might aid in the treatment or prevention of health issues such as:

Concerns about your health

In the United States, chefs use vegetable shortening to make delicate and flaky pie crusts and biscuits, particularly those who follow older, traditional recipes. Vegetable shortening does not include water, thus it does not create steam to toughen the dough, in addition to its impact on gluten.

Related articles that you should read