In this Moroccan Vegetable Couscous Recipe, vegetables are braised in a fragrant blend of spices and toasted almonds. It is easy enough for weeknight dinners or entertaining guests.

The “traditional moroccan couscous recipe” is a simple, yet tasty dish. The ingredients are easily found in most grocery stores. 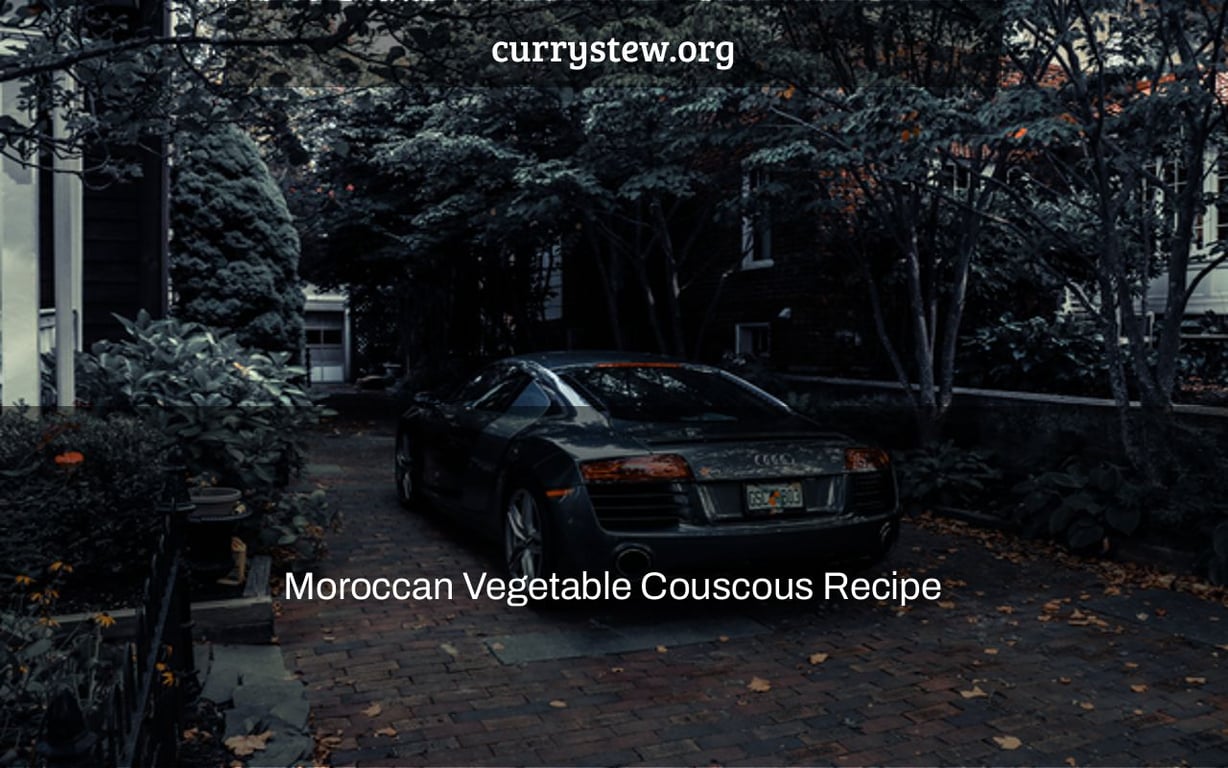 Moroccan couscous is a delicious, healthful, and adaptable side dish that may be served cold or at room temperature for lunch, supper, or a summer party buffet. Couscous is a typical Northern African meal, particularly from Morocco. It is created with semolina and water and takes just a few minutes to prepare.

We seasoned couscous with a variety of seasonal veggies, including eggplants, zucchini, tomatoes, and carrots, in our dish. In a skillet with onion and oil, we rapidly sautéed veggies. After the vegetables were cooked but still crisp, we combined them with pre-cooked couscous that had been prepared in water. As a consequence, you’ll have a light, healthy, and appealing dinner that you may personalize to your own.

Simply pour boiling broth over the couscous, wait a few minutes, add olive oil, then separate the grains with the tines of a fork to form this beautiful dish. Finally, add the raisins and spices and mix well. This Moroccan-style couscous dish may be prepared ahead of time and consumed at work, at the park, or at the beach.

What exactly is couscous?

Couscous is a traditional Maghrebi meal that is popular in Morocco and across the globe. It’s made from durum wheat semolina and is generally served with aromatic vegetables, as well as meat and seafood dishes.

Do not mistake Moroccan couscous with Israeli couscous, despite their similar appearances. The first features tiny, microscopic grains that resemble rice and cook quickly. Israeli couscous, on the other hand, is bigger and cooks in approximately 10 minutes, earning it the nickname pearl couscous.

Spices like curry, cumin, and turmeric, as well as fragrant herbs, may be added.

You may also add chickpeas, black olives, dried tomatoes, and sliced almonds or pine nuts, which you can toast in a skillet, for a more flavorful couscous.

If you don’t want to use broth, you may use boiling water instead.

How to Keep Moroccan Couscous Fresh

The veggie couscous may be kept in the refrigerator for up to 2 days in an airtight container. You may reheat it in the microwave or in a pan on the stovetop. 1 to 2 tablespoons lemon juice may be used to boost the taste once more.

Once totally cool, store couscous without seasoning in a freezer-safe container for up to 3 months.

Cut the eggplant into cubes after washing it.

Cut the eggplant into cubes after washing it.

The zucchini should be washed, trimmed, and cut into cubes as well.

Peel and slice the onion with a knife.

The zucchini should be washed, trimmed, and cut into cubes as well.

Carrots should be peeled, trimmed, and cut into cubes.

Cherry tomatoes should be washed and sliced into bits.

Peel and slice the onion with a knife.

In a skillet, brown the onion with a sprinkle of extra virgin olive oil.

Toss in the eggplant.

Carrots should be peeled, trimmed, and cut into cubes.

Toss in the zucchini.

Add the carrots, season with salt, and simmer for approximately 15 minutes. Soft yet somewhat crispy veggies are ideal.

Cherry tomatoes should be washed and sliced into bits.

Pour the veggie broth over the couscous in a bowl. Season with salt and pepper, then cover with a kitchen towel and let aside for 15 minutes. Season the couscous with a drizzle of extra virgin olive oil and separate the grains with the tines of a fork when this time has passed.

In a skillet, brown the onion with a sprinkle of extra virgin olive oil.

Add another dab of extra virgin olive oil to finish.

Toss in the tomatoes.

Toss in the eggplant.

Season to taste with basil, minced by hand, and salt if needed.

Place the couscous in a serving dish and serve immediately.

The “middle eastern couscous recipe” is a delicious dish that is perfect for any occasion. It can be made with or without meat, and it has many variations.